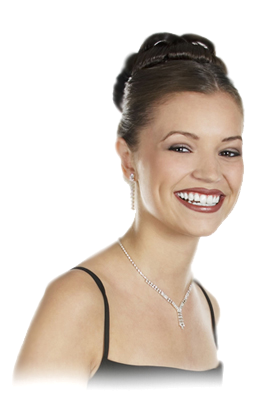 Infact during infancy we all pass through a phase when just about anything gets into the mouth. Our teeth not only aid in chewing, the first step in digestion, but play a pivotal role in phonation as well. Despite the importance of this vital organ there has been unfair neglect. Gum disease or periodontitis, is one of the most common diseases among people above 40. It is reversible if detected early.

Gum disease also has links with diabetes, which increases the patient’s susceptibility to infections. Conversely, high sugar level in the oral fluids makes it easier for bacteria and other disease-causing organisms to grow. Studies have suggested that people with gum disease have a higher risk of heart disease. Researches show that people who have gum disease tend to have higher blood levels of fibrinogen, a clotting factor, and C-reactive protein, an inflammatory molecule. Scientists believe it is because the bacteria in the mouth enters the blood stream and affects the blood fats and clotting factors. Oral hygiene is the best way to prevent diseases of the mouth and resultant complications. Healthy teeth are clean and have minimal plaque. Healthy gums are pink and firm. Take good care of them.

The human tooth has two parts. Crown is the visible portion and the roots are anchored in the bone. A cross-section of the tooth shows the following components of the tooth.

Gums sorround teeth, anchor the roots within the bone and are crucial for oral health. A delicate balance between the teeth and the gums is the hallmark of good oral health, a disturbed balance is the beginning of dental disease.

We have two sets of teeth

Myth: Milk teeth need not be taken care of since they are replaced by permanent ones.
Fact: It is essential to take care of milk teeth because they are important for chewing.

Milk teeth act as foundation, guides the permanent teeth to the proper place, alignment and orientation. Premature loss leads to shifting of adjacent teeth to the empty space and causes crooked teeth. Premature loss, especially of the front teeth, in school going children is often a reason for ridicule from friends. This can cause psychological trauma in the child. Decayed milk teeth may force the child to avoid certain food for fear of pain. This in the long run might even lead to malnutrition. Both milk teeth and permanent teeth require proper care. Calcium can help you keep your natural teeth for a lifetime by strengthening the underlying jaw bone.

Dental floss is a nylon thread used to remove plaque from between the teeth which mere brushing may not remove. Floss your teeth at least once daily.

How to floss your teeth

Rinse your mouth thoroughly every time you eat or drink something. This goes a long way in protecting your teeth and gums from diseases.

Fluorides can get embedded on the outer surfaces of tooth enamel when applied topically rendering it more resistant to the acid attack of bacteria. It is a proven fact that fluorides reduce the incidence of decay by almost 40 per cent.

Fluorides can be applied by the patients themselves by using tooth pastes and mouth rinses that contain flourides.

Children with a tendency to develop tooth decay need flouride application by a dentist. This professional application of the gel or varnish should be done periodically (usually twice a year) to be effective. Developed countries have flouridated water to ensure that the required quantity of fluoride is supplied to the people. However, in India there are certain areas where the ground water contains excess fluoride. If the fluoride content in the drinking water is more than one part per million it will result in discoloured and disfigurement of teeth. It may even get deposited in the bones causing crippling in children. Hence fluoride levels in drinking water should be assesed and monitored.

Chewing surfaces of teeth have pits, fissures or grooves which aid in easy lodgement of food and bacteria. If these grooves are deep they lead to dental decay. Today, there are certain materials which can seal these fissures effectively, thereby protecting the tooth from further onslaught of decay.

Tooth decay is perhaps the most common condition affecting all segments of the population in all age groups. Cause: The oral cavity is a veritable store house of all sorts of bacteria. The flood gates are opened when these bacteria act on retained food in the teeth and oral cavity. This produces acid which dissolves the tooth enamel, leading to cavities. The most common site for tooth decay are fissurers and grooves on the chewing surface of premolars and molars and areas of contact with adjacent teeth. Being difficult to clean, these are potential areas for food impaction. The decay begins as a small white spot on the external surface of the tooth and turns brown or black. This stage causes no discomfort and is usually discovered by the dentist during a routine checkup. Left unnoticed and unattended the initial lesion progresses to form cavities. Food gets lodged in the cavities, and the patient experiences an increased sensitivity to hot and cold beverages and sweets.

When the decay and damage reaches the pulp space containing nerves and blood vessels, there is accute pain. If neglected at this stage, the decay spreads to the underlying supporting structures, affecting the root tip and the surrounding bone. The decay now has caused a ‘dento alveolar abscess’ causing pain, swelling, discharge of pus often with disfigurement of the affected side of the face.

Can the decayed tooth be saved?

If pain is the principal symptom, the dentist can provide relief. Early intervention holds the key to saving the tooth. In shallow and moderately deep cavities, the dentist removes the decay with the help of a drill and fills up to restore lost tooth structure. Conventional filling materials like a paste of silver alloy and mercury have long been used and now, materials of the same colour as that of the tooth are available. Earlier, teeth that were extensively decayed with damage to the pulp were extracted. Today root canal treatment-RCT-can effectively save such teeth.

RCT involves removing the infected material from the pulp space, thorough cleaning of the root canals and subsequent filling with an inert material. While roottreated teeth are dead, they are still capable of performing all vital functions of the teeth. This treatment is elaborate and may require a couple of sittings. Grossly decayed tooth would not only require RCT but also further protection in the form of a cap or a crown. Crown strengthens the weak destructured tooth and enable it to withstand the force of chewing. Caps of gold, cobalt, chromium or ceramics of the colour of the tooth are available.

Even fruits, milk, bread, cereals and vegetables contain sugar and starch. Plaque bacteria use the sugar and starch in the food to produce acids that can destroy the enamel. The more often you eat and the longer the food is in your mouth, the more is the damage. The key to choosing foods wisely is not to avoid these foods, but to think before you eat. Not only what you eat but when you eat makes a big difference to your dental health. Early care, good oral hygiene and an intelligent diet can prevent tooth decay.

Gums are supporting structures that anchor teeth within the bone. Gum disease is seen in 90 per cent of the people above 40.

The oral cavity is a veritable storehouse for bacteria. Dental plaque contains millions of them. Improper or poor oral hygiene leads to calcification of plaque, forming tartar or calculus. This heralds the onset of gum disease.

Dental plaque is a colourless film of bacteria formed on the surface of the tooth. This can be removed by brushing and flossing. Calculus appears as a black-brown band at the junction of the tooth and the gums. Roughened surface of the tartar invites further plaque formation. Worsening the situation are stains produced by smoking and chewing pan. Patients with diabetes and nutritional deficiencies are particularly prone to gum diseases owing to weak defence mechanisms.

Plaque formation in the gums initiates an inflammatory reaction leading to gingivitis showing as slight redness of the gingiva or the gums, swelling and bleeding on brushing/provocation. Left unattended the infection spreads to deeper tissues and the surrounding bones causing periodontitis. A pocket is formed between the tooth and the gums. Here more bacteria and food debris collect, facilitating the progress of the disease.

Further spread causes bone resorption and tooth dislodgement. Finally there are pockets of pus filled spaces accompanied by severe bad breath and loose teeth commonly known as pyorrhoea. Severe periodontal disease may also hamper systemic management by making chewing painful or difficult, forcing the person to select food that is easier to chew but may not be nutritionally appropriate. Gum disease can best be described as a three-stage process starting from gingivitis, progressing to periodontitis, and finally to advanced periodontal disease.

Gums are inflamed. They may be red and swollen and may bleed on flossing. This is usually reversible with thorough cleaning and home hygiene. If neglected, it may lead to periodontitis.

In early periodontitis, the infection is just beginning to destroy the bone that anchors the teeth. It can be arrested and controlled. Usually a deeper form of cleaning called root planing with thorough hygiene is all that is needed. In moderate periodontitis the infection has caused significant loss of the supporting bone. This is easily visible in an X-ray.

Severe bone loss is noted. Some teeth may be loose already.

A big majority of gum bleeding is because of brushing vigorously or flossing. It is also associated with plaque deposits which have resulted in gingivitis. In this stage, the tiny capillaries which nourish the gums become engorged. Cells which combat the plaque infection migrate into the gums to wage war with the bacteria. Bleeding gums may also be the sign of serious disorders like leukaemia, bleeding disorders, platelet disorders and over-medication with anticoagulants or blood thinners. It can also be caused by deficiency of vitamins C & K, pregnancy, change in atmospheric pressure and chemical irritants.

Gum bleeding can be controlled by applying pressure with a gauze pad soaked in ice water directly to the gum. If dentures make gums bleed, use them only while eating. Brush teeth after every meal. The dentists may recommend rinsing mouth with salt water or hydrogen peroxide and water. Avoid using alcohol-containing mouthwashes, which aggravate the problem. Consult a doctor if bleeding continues even after changing to a softer brush and following home care recommendations.

It is an infection caused by Actinomyces israelii or related actinomycete bacteria usually found in the mouth and gastrointestinal tract of humans. The organism causes disease of the chest, mouth and jaw, and pelvis. Poor dental hygiene and dental abscess may predispose it to facial lesions. It results in cavities in the lung and pleural effusion, which may spread through the chest wall and produce sinuses. The disease is rare.

The object of the therapy is to control infection but response may be slow. prolonged therapy with penicillin or a substitute is necessary to ensure a cure. Surgical drainage of the pleural effusion and surgical removal of lung lesions may be necessary to control the infection. 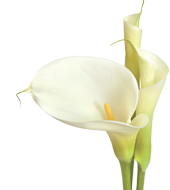 For the convenience of our patients we are also open on Saturday and Sundays at our Twickenham Practice. Click the button below to book your appointment.